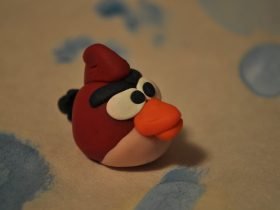 In some pretty mean experiments in 1975, Martin Seligman (now known by some as the Father of Positive Psychology) subjected rats to electric shocks. One group of rats could stop the shocks by pulling a lever, but for the other group, the shocks were random and unpredictable. The rats in the second group eventually gave up trying to stop the shocks and instead, they sat there passively, just accepting them.

It might have been a stretch, but Seligman suggested that the same thing happens in humans; when it feels like life is constantly throwing new obstacles at us that we can’t stop or predict, we might just give up and stop trying to change things.

This state, which Seligman called ‘learned helplessness’ might develop when we’ve tried and failed in the past at some point and decided that our life sucks and that there’s nothing we can do about it.

Learned helplessness, he believed, often leads to depression, and might explain why so many people stay in situations that they hate and they genuinely don’t believe that it’s possible for them to escape.

On the other hand, in his book Learned Optimism: How to Change Your Mind and Your Life (1990), Seligman argued that if we can learn to be helpless, we can learn to be optimistic. Whether you’re an optimist or a pessimist, in his view, depends on your explanatory style – how you explain both good and bad events to yourself. For example, optimists believe that bad events are temporary, specific to the situation, and due to events outside of themselves, while pessimists believe that bad things happen due to reasons that are permanent, due to themselves and that are true across all areas of their lives.

To give some examples, if an optimist fails a test they might think “that was a really hard test”, but they vow that they will be able to do better next time. A pessimist might attribute the failure to more permanent and personal reasons, such as “I’m stupid”, and apply that failure to all aspects of their life (“This is just like when I failed my driving test; I’m a failure at everything”). However, when something good happens – like passing a test – the pessimist will attribute it to blind luck, while the optimist might realize that it was down to their own hard work or skill. Those with a pessimistic outlook, he claims, are more prone to becoming depressed or anxious.

Are you more of an optimist or pessimist?

When you experience a set-back, a failed test, a broken relationship or a lost job, it can be easy to turn inwards, to blame and attack yourself, or to look outwards – to fate, God or chance – and to feel like a victim.

You might feel angry, stupid, betrayed, cheated, as if you put everything you had into making something work, only for life to throw it back in your face. Sometimes it’s easier to close yourself off, to vow that you’ll never be as foolish as to try again, that you’ll never trust another man again, etc. However, we can choose to view the setback as temporary and to give ourselves a chance to possibly experience different results in the future.

Sometimes, we can’t control the things that happen in our lives and there are tragedies that will happen no matter how optimistic or growth-minded we are. We can’t control everything that happens in our lives, all we can do is strive to control our beliefs and feelings about what happens and choose to take action that is productive and not destructive.

Primary control is when you directly change something, such as your job, your house, or your relationship, and is the kind of direct change that comes to mind when we think of changing our lives. However, Weisz, Rothbaum, and Blackburn also discussed the idea of secondary control, which is when the thing you change is the way that you look at the situation.

In The Art of Happiness, the Dalai Lama talks about how we sometimes make our own suffering worse in the way that we think about it:

“Say that you find out that someone is speaking badly of you behind your back. If you react to this knowledge… with a feeling of hurt or anger, then you yourself destroy your own peace of mind. Your pain is your own personal creation. On the other hand, if you refrain from reacting in a negative way, let the slander pass by you as if it was a silent wind passing behind your ears, you protect yourself…. although you may not always be able to avoid difficult situations, you can modify the extent to which you suffer by how you choose to respond to the situation.”

So, even though you can’t always change the things that are happening in your life, you can change your response to them. You can see a setback as a failure, or as a lesson to learn from, something to draw on that will make you stronger and wiser. This brings to mind a line from the Serenity Prayer

If there’s literally nothing you can do, there are ways that you could change the way you think about the situation. There is nothing to lose from doing this.

Thank you for visiting
Have a nice day♡ 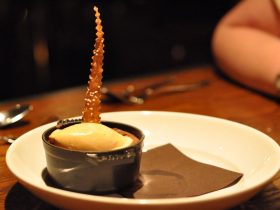 How to help or stop period cramps, fast 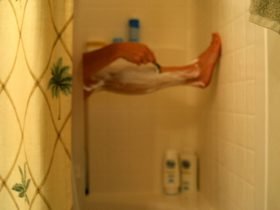 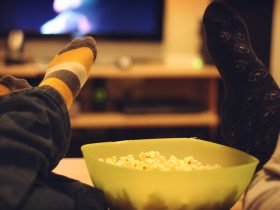 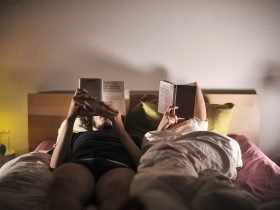 Posted by by Jennifer Lopez

How to help or stop period cramps, fast

Posted by by Jennifer Lopez